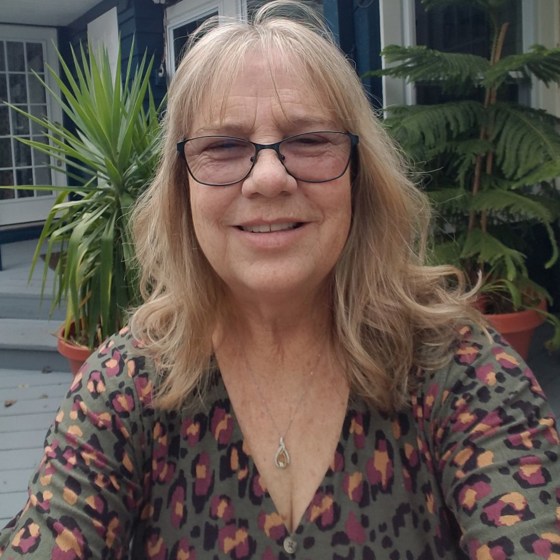 This article was originally posted on today.com at https://www.today.com/health/blood-pressure-check-dental-visit-leads-aneurysm-diagnosis-t237630.

She says the dentist’s vigilance likely saved her life.

Nov. 4, 2021, 2:00 PM EDT / Source: TODAY
By A. Pawlowski
Patricia Greer was ready for a routine appointment at her dentist’s office in Houston, Texas, when the staff took her blood pressure and discovered it was alarmingly high.

“I was shocked at how high it was,” Greer, 63, who lives in Alvin, Texas, told TODAY. “I mean it was awful, but I kind of at first wanted to just blow it off.”

She said she gave her dentist, Dr. Terri Alani, “every excuse,” blaming the high numbers on white coat syndrome — the phenomenon where people’s blood pressure spikes when they enter a doctor’s office — and on the stress of driving in Houston traffic.

But Alani was concerned and decided against proceeding with the visit, referring Greer to a cardiologist instead.

“(The blood pressure reading) was very startling to me and we took it several times just to make sure,” the dentist, who calls herself the “Texas Tooth Lady,” said. “We immediately told her she needed to go get it checked.”

A few days after that 2019 dental appointment, Greer underwent tests that showed she had an aortic aneurysm — a bulge in the artery that carries blood from the heart through the chest and torso. If it were to rupture, she could die.

After monitoring Greer for a couple of years, doctors recommended open-heart surgery to repair the aneurysm. She underwent the seven-hour operation last week and is now recovering at home, grateful for her dentist’s vigilance.

“When I went in last time to get my teeth cleaned, I said, ‘You really have to understand that you saved my life. If it hadn’t been for you explaining that I need to go have it checked, I probably wouldn’t have done it,’” she recalled.

“I’m a pretty healthy person otherwise so I didn’t go to the doctor all the time. You do tend to see your dentist sometimes more than you see your doctor.”

People may be surprised to have a blood pressure cuff put around their arm before a tooth cleaning or filling, but measuring the vital sign is now routine at some dentists’ offices.

Alani said her staff takes the blood pressure of “every single patient, every time” before an appointment. It’s the standard of care in Texas dental practices for patients older than 12.

The American Dental Association calls blood pressure “an important screening vital sign at dental visits,” advising repeat measurements and guidance from a physician if the reading is above 160/100.

There are several reasons why it’s important to know the numbers.

First, dental visits are stressful for patients, so if their blood pressure is high to begin with and spikes even higher, it can lead to “a very dangerous situation,” Alani noted.

Second, the local anesthetic dentists use contains epinephrine, which constricts blood vessels and can cause blood pressure to rise even higher, she added.

Also, people often go to the dentist twice a year for cleanings — versus once a year or less frequently for other doctor’s appointments — leading to more opportunity to screen for high blood pressure. The condition, which affects about 100 million U.S. adults, is known as “the silent killer” because it often produces no symptoms. Greer said she had no idea she was affected.

White coat syndrome is real, but it won’t cause extreme readings like Greer’s, Alani said. Plus, people who experience it tend to have a propensity towards high blood pressure anyway.

“We have diagnosed more high blood pressure in my office than I can even imagine,” she noted. “Not only are they surprised, they get upset … nobody wants to hear anything negative, but we are the first line of defense.”

More people should be measuring their blood pressure at home for optimal health, a recent study found.

Validated over-the-counter home blood pressure monitors are accurate, easy to use and don’t have to cost a lot of money.

If you don’t have a home monitor, Alani advised using a public one at a nearby pharmacy. Blood pressure readings can vary from morning to evening, so go three times a day for five days to get an average.

“It might be a pain in the rear, inconvenient,” Alani said. “But if you notice the higher numbers are more consistent, then you really need to go in and get seen (by a doctor.)”